Does non-fiction make you think of dry and sometimes boring textbooks? Even if you love non-fiction, sometimes it can be daunting with all the information, facts and figures. But there are non-fiction books that read like novels – fast-paced and engaging. So whether you want to try a new genre or just want a change of pace, check out one of these titles!

The Devil in the White City: Murder, Magic, and Madness at the Fair That Changed America by Erik Larson 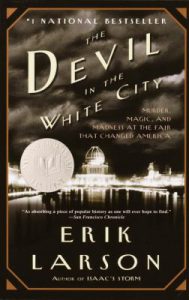 An engaging account of the tragedies and triumphs of the 1893 World’s Fair in Chicago as told through the parallel stories of the chief architect of the exhibit and H.H. Holmes, an American serial killer. To quote one reviewer: “gripping drama captured with a reporter’s nose for a good story and a novelist’s flair for telling it.”

Stranger in the Woods: The Extraordinary Story of the Last True Hermit by Michael Finkel 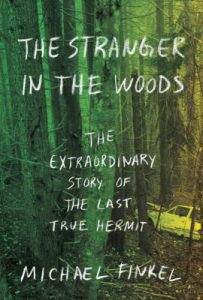 At the age of 20, Christopher Knight parked his car on a remote trail in Maine and literally walked out of his life and into the deep Maine woods where he remained for 27 years. He only reemerged when he was captured, with the help of sophisticated surveillance equipment, while stealing food from an empty camp. How he navigates isolation, survives freezing cold winters, avoids captivity, and his experience of being forced back into society makes for fascinating reading.

Destiny of the Republic: A Tale of Madness, Medicine, and the Murder of a President by Candice Millard 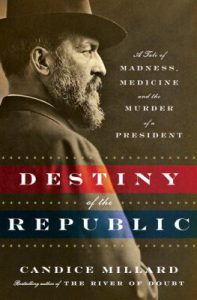 This Edgar Award winner for Best Fact Crime is on its face about the life and assassination of James Garfield, but it is much more. It gives us a view into the politics and medical practices of the time, and introduces us to President Garfield about whom most of us know little except that he was assassinated. In fact, it took two months for him to die from infections that resulted from doctor’s interventions, not the assassin’s bullets. Even though we know the ending, the book quickly draws us in.

In Cold Blood: A True Account of a Multiple Murder and Its Consequences by Truman Capote 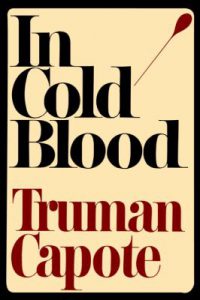 When first published in 1966, the author called it “the first non-fiction novel”. One reviewer characterized it as a book conceived of journalism and born of a novelist. It is a masterful account of a multiple murder told in shifting points of view from victims to murderers. This compulsively-readable book has remained a classic and an originator of the true crime genre.

Midnight in the Garden of Good and Evil by John Berendt 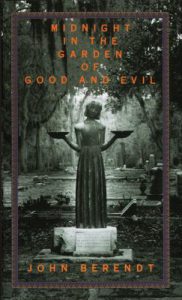 This book, which is a portrait of Savannah Georgia in the 1980s, is a “truth is stranger than fiction” tale. It combines true crime, supernatural thriller and portraits of very colorful characters. It’s a first person account of life in an isolated remnant of the old South with the twists and turns of a landmark murder case.

The Boys in the Boat: Nine Americans and Their Epic Quest for Gold at the 1936 Berlin Olympics by Daniel James Brown 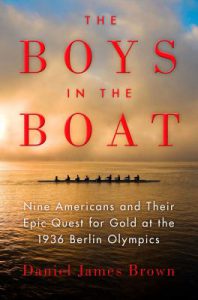 Why read about an 82-year-old event in a sport that has little resonance for most of us?  Because this is a story of resilience, dedication, and commitment which is exemplified in this crew that had to struggle for their achievement against a background of depression, with competitors who were comprised of the social elite. It exemplifies the importance of team work and the American ideal of optimism. A truly inspiring story.