Hispanic Heritage Month is celebrated throughout the United States from September 15th through October 15th each year. The month-long observance was instituted to recognize the contributions of Americans whose ancestors originated from Central and South America, the Caribbean, Mexico, and Spain. Libraries throughout the nation will display books by Hispanic authors, about Hispanic characters, and on Hispanic traditions. Take a look at our heritage list to find el libro perfecto for you! And learn more about the history of the observance here.

When I Was Puerto Rican by Esmeralda Santiago 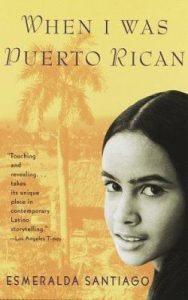 Esmeralda Santiago chronicles her childhood and early adulthood from a rural barrio in Puerto Rico to the rarified halls of Harvard. A memoir not only of cultural transitions as her family moved from the island of Puerto Rico to the dense blocks of Brooklyn, Santiago also provides an uplifting message of hope and perseverance. 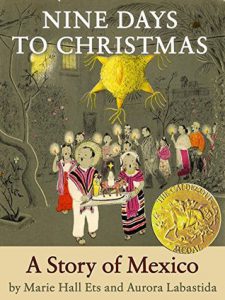 This winner of the 1960 Caldecott Medal tells the story of Ceci, a little girl in Mexico, and her preparations for Las Posadas, the nine days of Christmas. Her joy and excitement are tangible and the illustrations are evocative but deceptively simple, showing the love of family and friends both for each other and for their culture. This is the perfect picture book for older independent readers or for the whole family to learn about a Mexican Christmastime. 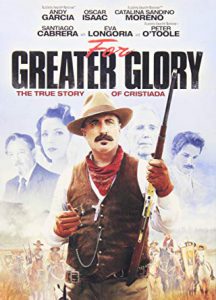 This dramatic war movie charts the history of the relatively unknown (in the United States) Cristero War. While heartbreaking at times and very bloody, For Greater Glory charts the war from 1926 through 1929 and depicts the rise of the Mexican people in rebellion against their government’s persecution of religion and faith. This 2.5 hour epic is ideal for those interested in Mexican history and war movies.

I Am Not Your Perfect Mexican Daughter by Erika Sánchez 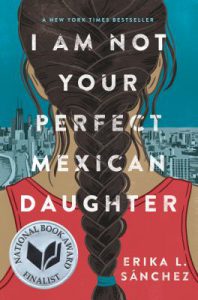 A National Book Award finalist and New York Times bestseller, I Am Not Your Perfect Mexican Daughter navigates the two worlds of Julia, the too-American daughter of Mexican immigrants. As Julia tries to find her own path in a life caught between her American surroundings and her parents’ traditions, she also comes to terms with her ‘perfect’ older sister and facts of growing up in two cultures. Written for teens, this is a good read for fans of coming of age and bicultural titles. 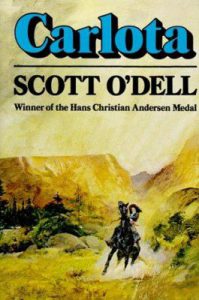 Take a trip to the Battle of San Pasqual in Spanish California in Scott O’Dell’s masterfully written historical fiction. Featuring a strong female protagonist and a coming of age story set against the back drop of the Mexican-American War, Carlota highlights the long Hispanic history of California. If you like this title, try The Castle in the Sea, The Spanish Smile, The King’s Fifth, or The Feathered Serpent for more of Scott O’Dell’s Hispanic-influenced historical fiction.

The House on Mango Street by Sandra Cisneros 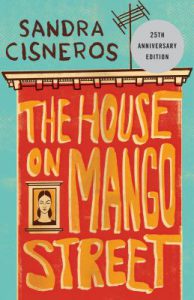 Sandra Cisneros’ classic story of childhood and growing up Latina in a Chicago tenement has been translated around the world and is required reading for many students. Cisneros’ chronicles young Esperanza’s growing up in a series of lyrical and touching vignettes which both explore the Hispanic American experience and cross cultural lines to unveil timeless truths.

A Book by Desi Arnaz

Desi Arnaz, of I Love Lucy fame, provides an intimate look at his career, success and failures, and his childhood in pre-Castro Cuba. In his roles as an actor, musician, and producer, Arnaz accomplished many Hispanic firsts in the United States and paved the way for later Hispanics in similar roles. This book follows the realization of the American dream and the success of one of many talented immigrants in the U.S.