Romance novels get a bad rap, but there is something about curling up on the couch when it is snowy and cold, getting involved in the lives of two people that will get together at the end. The book version of a romantic comedy, romances come in all flavors. Contemporary, historical, sci-fi, fantasy – the list goes on. There’s something for everyone on the romance shelves if you’ll give them a chance. 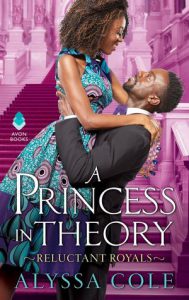 A Princess in Theory (Reluctant Royals #1) by Alyssa Cole

A great start to a series, in A Princess in Theory Alyssa Cole introduces us to Naledi Smith. Grad student working her way through school with multiple jobs, Naledi keeps getting emails claiming she’s betrothed to an African prince. In any other book, these would be spam emails for sure, but our hero is Prince Thabiso of Thesolo and he is looking for the woman he was betrothed to as a child. Mistaken identity and flirty banter make this book one you don’t want to miss. 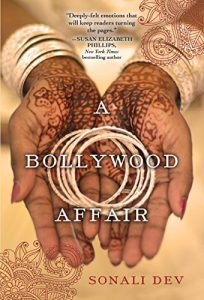 Mili Rathod was promised to her husband at the age of 4, and hasn’t seen him since. She left India to study abroad in America under the premise of making herself the “perfect modern wife”, but her husband won’t come claim her as his wife. Samir Rathod, famous Bollywood director, comes to the US to find his brother’s wife and secure a divorce. When they meet, sparks fly and Mili wonders if she was promised to the wrong brother all those years ago. A great diverse romance, and the first in a series, Sonali Dev creates an immersive exploration of modern India and Indian customs.

Pride and Prejudice and Mistletoe by Melissa de la Cruz 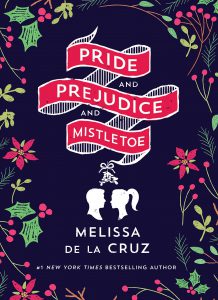 A modern retelling of Pride and Prejudice with a twist, this is a great romance for the holidays. Our heroine is high-strung workaholic Darcy Fitzwilliam, who ends up at home for Christmas in Pemberley, OH after her mother gets sick. While there, she is reintroduced to Luke Bennet, the neighbor’s son, who couldn’t be more different than her. If you’re a fan of Austen or a fan of romance in general, this is one that will get you in the holiday spirit. 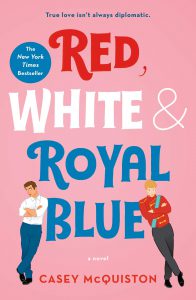 Alex Claremont-Diaz is the First Son of the United States. When his mother was elected, he was singled out by the media as “American Royalty.” He’s the perfect son, except when it comes to actual royalty, Prince Henry. When the tension between them comes to blows, the two are ordered to be friends – at least as far as the media is concerned. Spending time with Henry and getting to know the man behind the Prince has Alex falling head over heels. If this relationship gets out, there could be trouble for both the President’s reelection campaign and the British Monarchy’s reputation. A delightfully sweet and heartwarming romance featuring LGBTQIA+ characters.