“I don’t remember the name of the book but the cover was blue! Can you help me find it?” If this is your predicament, perhaps our handy list of favorite blue covered books will help. Read on and, if your mystery blue book is not on the list, visit your local library and ask your friendly librarian to help. 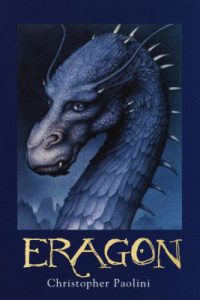 If the book you are looking for features dragons, magic, a boy with a fantastic destiny, and everything else a fan of The Lord of the Rings could possibly wish for, then your mystery blue book may just be Eragon. And if you like the series, get ready for three more installments of adventure and dragons galore. 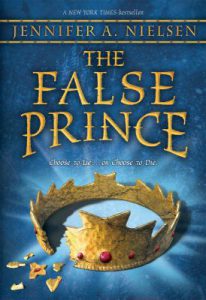 The False Prince by Jennifer A. Nielsen

Do devious noblemen, a crafty orphan, and a competition to finagle a country’s throne ring any bells? If so, then the blue book you are looking for may just be The False Prince. The first in a trilogy and written for middle school and teen readers, this is definitely a book that will still capture an adult’s attention. 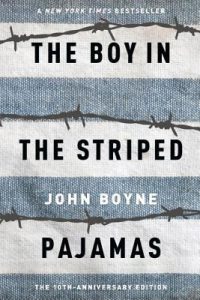 The Boy in the Striped Pajamas by John Boyne

Written as a children’s tale of friendship amidst the horror of the Auschwitz concentration camp, The Boy in the Striped Pajamas is a blue book that is hard to forget. Adapted into a film in 2008, this fable follows 9-year old Bruno, the son of the camp’s commandant, as he naïvely tries to make sense of the world around him and becomes friends with Shmuel, a Jewish boy imprisoned in Auschwitz. 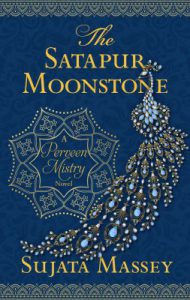 The Satapur Moonstone by Sujata Massey

Perhaps your blue book was a scintillating mystery set in British Empire India? See if you can solve the murder before Perveen Mistry, India’s only female lawyer, can unravel the tangle of rivalries and royal secrets. The second of an ongoing series, these mysteries are perfect for fans of Abir Mukherjee, Charles Todd, or Rhys Bowen.

Salt to the Sea by Ruta Sepetys

If your blue book made you cry, then it just might have been Salt to the Sea. A fictional retelling of the sinking of the military transport ship MV Wilhelm Gustloff, you’ll follow three individuals as they, along with thousands of other German refugees, make their way to the doomed ship. The book follows the characters through the sinking by Soviet torpedoes at the close of World War II and manages to balance the naval tragedy with compelling storylines of sacrifice, cowardice, and valor. 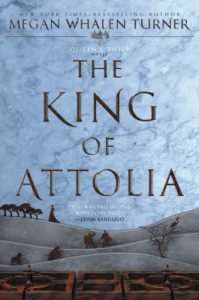 The King of Attolia by Megan Whalen Turner

Was your blue book the third of an award winning series? Does it have crafty thieves, malicious monarchs, and an unlikely love all set on a backdrop of imminent invasion and cultural destruction? If all that is the case, then surely your book is The King of Attolia! But don’t stop there, make sure to catch up on the rest of the series to be prepped for the finale in August 2020 with the publication of The Return of the Thief. 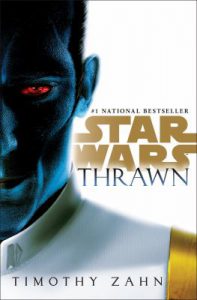 Not only is the cover of this book partly blue, but the title character is, too! Explore the rise of Grand Admiral Thrawn, one of the most fearsome Imperial villains of the Star Wars expanded universe, in the first of a trilogy (so far). Though you won’t find him in any of the blockbuster films, take a cruise through space via the Star Wars Rebels TV series or any of Zahn’s other bestselling Star Wars novels and you’ll soon come face to face with Thrawn’s incomparable military skills and his confounding ability to predict his opponents’ moves through their art. Whether you’re a fan of science fiction, Star Wars, or well spun military conquests, this is one book that will be hard to forget.